Resiliency is not about the likelihood of failure, but rather about how the system and people respond and recover.

For southern Ontario’s 12.1-million inhabitants, freezing rain in December is not unusual. But the severe storm that swept through the region on December 21, 2013, brought with it the kind of damaging ice accumulation that can force even the largest cities to a grinding halt. By the time the storm had ended, up to 30mm of ice accretion had downed trees and power lines, made roads impassable and hamstrung public transit systems in some of the country’s most densely populated areas. As many as 830,000 hydro customers were without power for several days, or longer. Power was only restored to most residences and businesses on January 1, 2014. (1)

The storm was a shock, but was it a freak occurrence? Not anymore.

In fact, severe storms, driven by changing climate, are on the rise. Canada’s insurance industry has said they are now three times more frequent than just five years ago. (ACI 2016) Losses are also increasing every year. (IBC 2015)

The current widespread flooding across Ontario is no exception. Lake Ontario remains 6 cm above the highest water level recorded at this time of year, set in 1952. Toronto and Montreal have been under severe pressures to alleviate flooding to protect life and property from potential damages and insurance liability. This experience and concern is growing across urban areas as multiple events each year are adding to costs and total impacts for communities.

This article discusses the necessity of designing for resiliency in our community but in ways that people are prepared to respond with a focus on planning the public realm and infrastructure.

Planning for the new norm

If extreme weather events are the new normal, planning for them must be the new normal, too. That planning often revolves around the idea of resilience, or the ability of a municipality to absorb, adapt, respond to and rapidly recover from a catastrophic event. (2)

Resilience comes about through changes in expectations and behaviour as well as design. People must be able to self recover and meet their needs for food, water, and other essentials for the first 72 hours after a shock without relying on the municipality. If individuals have prepared for an emergency and can look after themselves, then the city is much more likely to rebound. This is particularly true for the most vulnerable, whose situation is such an important indicator of resilience.

In a catastrophe, a municipality needs to use its valuable resources to respond and recover, preserving as much life, property and commercial interest, and returning to normalcy, as quickly as possible. The more resources required to keep people alive during a catastrophe, the fewer are available for recovery.

Evolving how we prepare

For years, various levels of governments have been trying to get Canadians to buy into the idea of emergency preparedness. Know the risks, make a plan, get an emergency kit, they urge. Recent estimates suggest that just 5 per cent of Canadians are prepared for a natural disaster and would be able to safely and securely shelter in place for those crucial first 72 hours.

Resiliency is not about the likelihood of failure, but rather about how the system and people respond and recover; it is about being safe to fail, irrespective of the cause. Perhaps most importantly, it is also about the lessons learned from events and how they can be incorporated into new routine practice. As we learn from the experience of events and improve our systems, we can also look at best practice approaches to gain knowledge from others.

The municipalities that we live in today are continuously evolving complex systems, balancing the natural environment, community, governance and infrastructure. The infrastructure, both hard and soft, is often aging and vulnerable. The nature of events that can affect a municipality range from extreme weather, like the continuous rainfall and flooding that we have seen in the Toronto region this spring, to impacts from power outages and storms, and impeded access to necessities such as water. Without endless resources and a crystal ball, traditional approaches to sustain residents in times of need are not the most effective approaches.

We need to think differently about how we plan and we need to help build resiliency in all aspects of what we do so municipalities can respond where extreme weather events are the new normal.

One example of planning for resilience is the City of Toronto's approach to housing and energy systems. More recent weather extremes have almost always led to power outages. These can occur in isolation as a result of peak demand stresses on the electrical grid or power line or transformer failures. Power outages are an inconvenience at best and life threatening at worst, particularly for the most vulnerable populations. Children, seniors, people with significant health issues requiring medical devices, even language barriers can make some of the population more vulnerable to the impacts of a system disruption. Vertical living provides new challenges for self recovery: elevator access and egress, water pressure serving higher floors, food and refrigeration and livable indoor temperatures are some of the more essential functions to maintain during an event.

Toronto's new back-up power guidelines set a 72-hour minimum back-up power requirement, far above the Ontario Building Code, to ensure public safety during that first critical period of self-recovery (3). Power and building design go hand in hand. In a recent study conducted by City Planning and The Atmospheric Fund (4), the relationship among a residential building's thermal envelope performance, greenhouse gas emissions and indoor temperatures during a prolonged power outage was explored. The study findings showed that high performing buildings with lower energy loads, high insulation values and lower emissions were able to maintain comfortable indoor temperatures without power (during a winter or summer black out period). This in turn extended the life of the back-up fuel system needed to serve the immediate 72-hour self-recovery period.

City staff is now looking at moving the building performance requirements into the next Toronto Green Standard, a major initiative to develop district energy system nodes across the city using low carbon fuel sources. This is important in facilitating the transition of the community and economy from the shock of an incident through recovery back to routine.

The safe-to-fail principle requires that planners assume that part of the infrastructure system will fail and they need to build in access to the service or purpose that failed infrastructure enables. This requires an indepth understanding of cross-system dependencies and failures. Risk assessment is one of the approaches used for assessing a system. It considers the likelihood of an incident, or series of compounded incidents, and the degree of impact that projects through the systems. This identifies the risk posed across the dependencies between infrastructure systems, such as between energy and water and telecommunications, and prioritizes where to build in mitigation.

Municipalities rely on the operation of a complex web of infrastructure, institutions and information systems to perform their essential functions every day. Systems may include physical infrastructure—such as roads, bridges, energy, water and housing—or processes, practices and behaviours, culture, community cohesion and social relationships. Strong community networks have been shown repeatedly to contribute to resilience after a disruption to services.

Considering the uncertainty embedded in how communities approach resiliency in planning, there is clearly important work to be done. This starts with thinking differently about what we are doing and how we can transform policy to support the potential needs of our communities. It is also how we can leverage solutions by designing to achieve multiple benefits, such as building space or public realm and park design.

The design of parks in Toronto's waterfront includes good examples of this. Corktown Common is a new important public park and part of the flood protection for the Don River. Public access to the park is protected from flooding, while passive space adjacent to the river provides flood storage and habitat during an extreme weather event.

Overall, we need to approach design for resilient infrastructure by considering how people are prepared or not prepared to respond. From there we can plan for resilience.

This article has been developed from the whitepaper, Making Resilience Accessible, by kind permission of Southern Harbour Ltd and was published in Ontario Planning Journal 2017 (now Y Magazine).

1) An ice storm hit Toronto 22/23 December 2013 with after effects to 27 December. 250,000 residents lost power for up to two weeks. The Insurance Bureau of Canada estimated the property losses from this event at $200,000,000 in insured damage
2) The University of Toronto Centre for Resilience of Critical Infrastructure defines Operational Resilience as “… that essential ability of an operation to respond to and absorb the effects of shocks and stresses and to recover as rapidly as possible normal capacity and efficiency.” www.crci.utoronto.ca
3) The City of Toronto Back-up Power Guideline, 2016. Environment & Energy Division.
4) The City of Toronto Zero Emissions Buildings Framework. 2017. City Planning Division, The Atmospheric Fund. 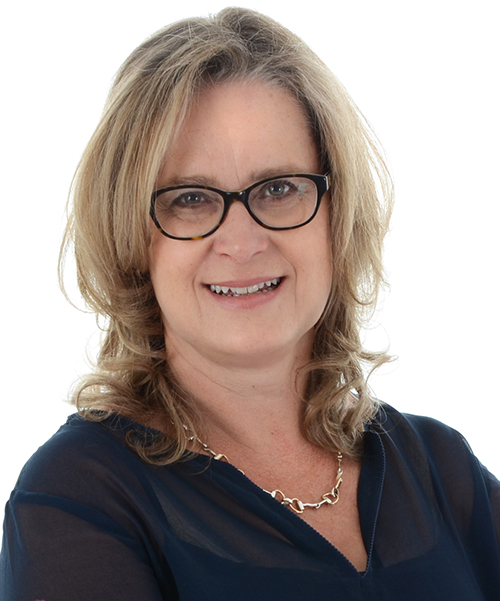 Alexander (Alec) Hay is the founding principal at Southern Harbour Ltd, a Toronto-based infrastructure risk and resilience consultancy, and adjunct professor at the University of Toronto.

Lisa King is a senior environmental policy planner for the City of Toronto, practicing in the areas of sustainable development, energy policy and climate change. 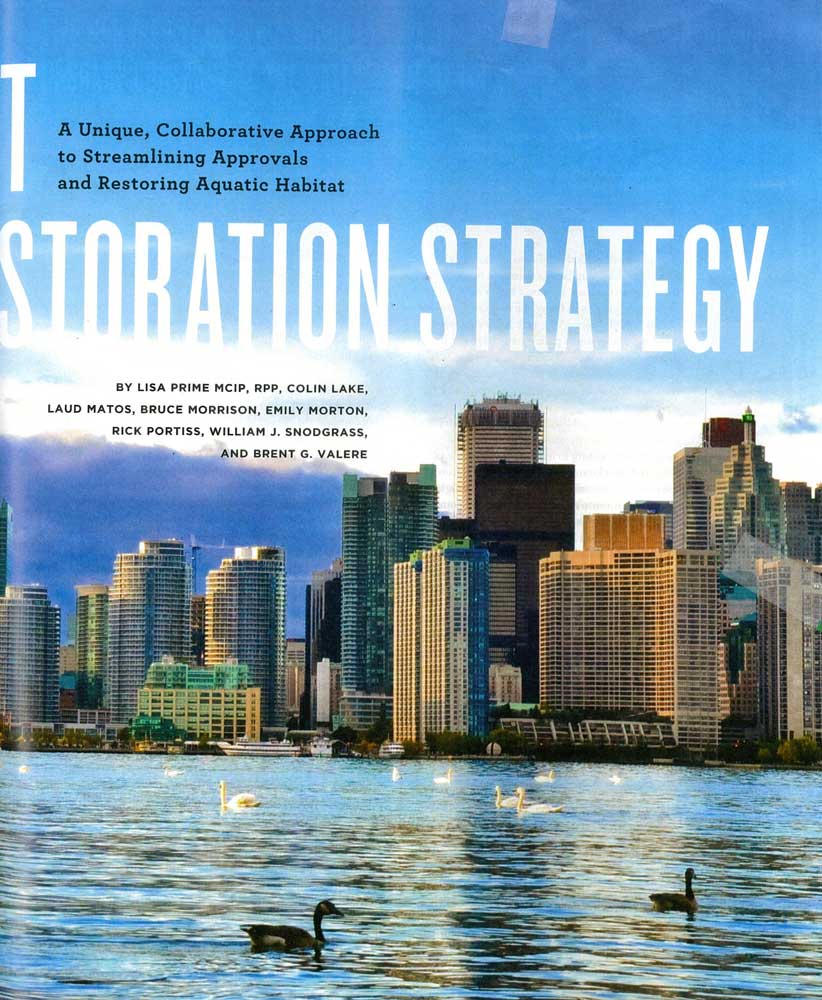 Building a Collaboration for Approvals 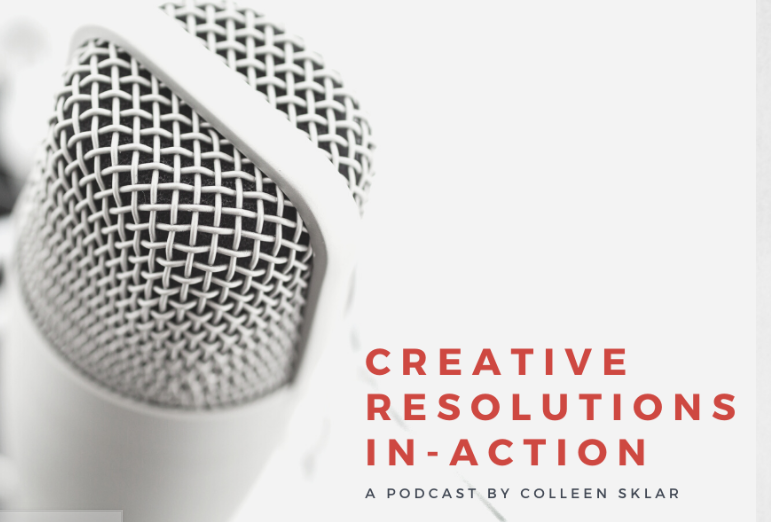 I think the opportunity is to apply a regional lens to a project area with several communities and find a collaboration approach
Mar 10, 2020
|
Colleen Sklar